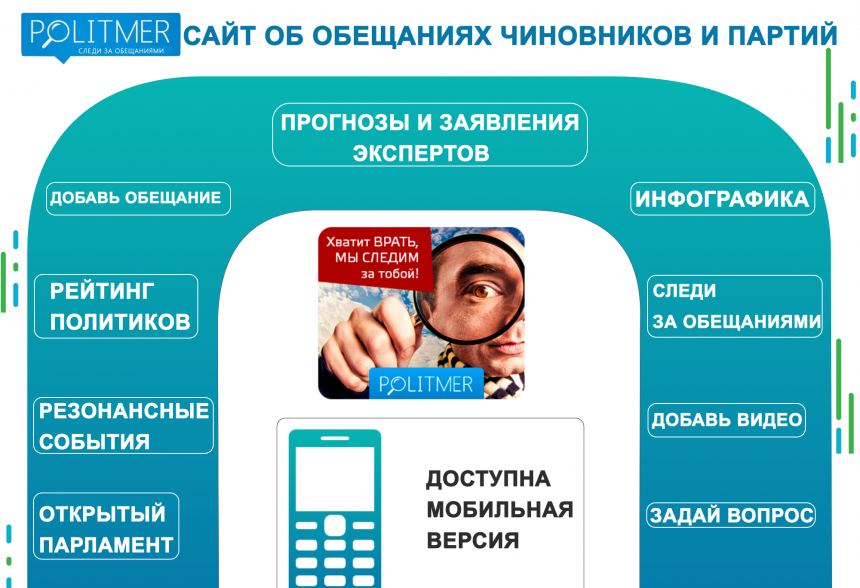 The Politmer project is an online tool that allows constantly monitor political statements and promises, and monitor their practical implementation. Politmer was launched in 2011. Initially, the project helped voters determine the choice of political leaders, providing citizens with the most complete information about the activities of candidates, their political promises, programs and real achievements.

At the moment, the Politmer team sees the project as a single consolidated platform, which allows to raise the debate around the key problems of society, take into account the public opinion when making decisions of national importance, increase the effectiveness of state bodies and establish communication between the population and government structures.