Irina Baykulova: “The internet is essentially a reflection of our reality” 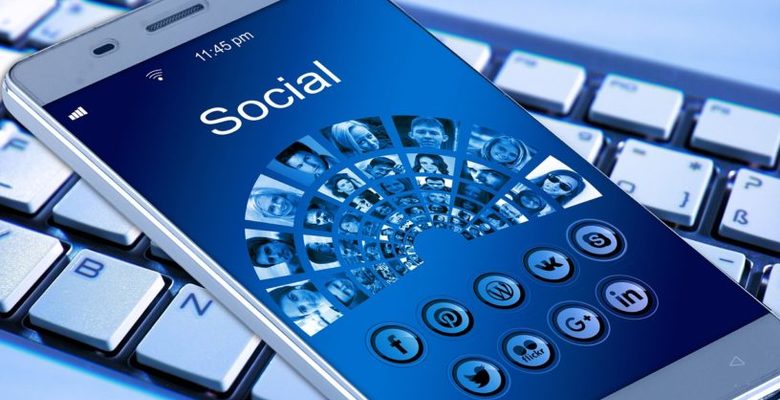 Kyrgyzstan’s experience in restricting access to illegal extremist content can be advanced and used by other countries to build a competent policy to counteract extremism in the web. In a short period of time, important legislative acts have been adopted in the country that have solved key problems with free access to “harmful” content. The lawyer of the “Civic initiative of Internet policy” Irina Baykulova told about how one of the main problems of the modern information society Digital was solved.

What is the situation with restricting access to extremist content on the Internet in the Kyrgyz Republic?

In the Kyrgyz Republic, the law “On Counteracting extremist activity” has been in force since 2005, which the Prosecutor is vested with the right to appeal to the Court on Recognition of information materials by extremist courts at the place of their detection, distribution or finding of the organization that made the production of such materials.

However, procedural procedures for judicial review of such Category of cases to date did not exist: in the civil procedural legislation there were no rules establishing the procedure for the Court to consider such a category of cases-in which terms are considered the Prosecutor’s statements, what to do with Respondents who may not be physically in Kyrgyzstan, and so on.

Our organization has for a long time promoted international principles of restricting access to illegal content in the network, which are formulated, for example, in Manila Principles of responsibility of intermediaries. The general approach-it is impossible to demand to limit information without the decision of independent and impartial judicial body which has recognized this information illegal.

Therefore we (GIIP) have convinced partners at the state level in necessity of acceptance of understandable Procedural procedures on judicial restriction of access to extremist content on the web.

As a result, the necessary changes were made to the Civil Procedure Code, which set short deadlines for the adoption of such cases for production and reduced Terms of their consideration on the merits in court (from three to five days), without the participation of the defendant (the person/organization that carried out the distribution of extremist materials). It is also important to consolidate the court’s duty to send the appropriate judicial decision to the justice authority-to publish a list of extremist materials, which is one of the legal conditions for the lawful blocking of extremist Content.

As a result, the proposed set of procedural measures will allow law enforcement agencies, prosecutors and courts to combat more effectively the proliferation of extremist materials in any information environment, including the Internet Space.

The next steps are to create the capacity of authorized government agencies to address rights holders, content providers (including information giants such as Youtube, Facebook) about the removal of inappropriate content, Recognized by the court extremist, for users in the territory of the Kyrgyz Republic. And in the shortest time and on the basis of the Court Act.And to establish and maintain the public list of illegal extremist resources blocked by the decisions of the courts for the Ministry of Justice.

So far there are no open statistics of State bodies on blocked resources. But some Internet providers provide such information on their websites, from which we can find out that over the last 3 years, the blocking on the basis of judicial Acts was 131 Internet resource. Of these, 9 for 2015, 26 for 2016, 96 for 2017.

Unfortunately, the legitimacy of blocking some resources raises the question. For example, among the blocked extremist sites were such useful and necessary many resources, as www.archive.org-is an archive of web resources of the entire Internet, or www.wordpress.com-a platform for creating sites and blogs. Access to them in the Kyrgyz Republic was prohibited, although it is quite “peaceful” is not extremist resources. As we understand, blocking them occurred because of the individual pages or blogs of extremist content hosted on these platforms.

Does it make sense to restrict access to extremist content when there are effective means of bypassing any locks?

No, it doesn’t make sense. Moreover, even the presence of hardware for the content lock (so-called DPI), when more than half of the traffic on the network goes through a secure (encrypted) protocol (HTTPS), does not provide blocking of such illegal content, for example, in Social networks (Facebook, etc.).

You are right: locks can always be bypassed, whatever technical means to limit were not used. Plus content blocked for the Kyrgyz Republic is still online and continues to be available to our Kyrgyz citizens abroad. And the removal of illegal content from the network, in our opinion, a much more efficient mechanism, albeit longer.

Therefore, locks can always be bypassed, whatever technical means for the restriction were not used. Just on the basis of the Judicial Act and the appeal of the authorized State body from the Kyrgyz side, including due to possible violation of the rules of the contento picked-holders themselves to restrict access to such illegal information.

So we are now Actively promote the concept of removal of illegal content from the network (take-down) by content providers, just on the basis of Judicial act and appeal of the authorized State body from the Kyrgyz side, including due to possible violation Rules of the Contento picked-holders themselves to restrict access to such illegal information.

This practice has a number of advantages over resource locking. Since it does not require the use of special technical equipment on the side of our Kyrgyz providers, but achieves the goal pursued by the state-to stop distributing such illegal content to our users. Moreover, the positive experience in this issue and in our country already exists.

Does the “counteraction” formula work when the method of wide dissemination of information aimed at exposing the activities of extremist organizations is used instead of restrictions?

Yes, this formula works if it becomes part of an integrated approach to solving the problem.

In case of struggle against extremism, internet recruiting approach should be complex and multifaceted. Because the Internet is a multimedia environment (distribution of illegal content including), and information always goes from person to person. But it is also the environment of creation of counter “for wide dissemination of information aimed at exposing the activities of extremist organizations”. And alternative non-trends: the benefits of living in peaceful conditions, the peaceful coexistence of different ethnicities and religions in a developed and accessible to all society, creating equal opportunities for development.

The internet is essentially a reflection of our Fact. The advantages of the Internet are much more significant for the development of the country and the solution of social and economic problems, overcoming social inequalities, providing access to the state on-line services under the formula “5 L”:

– With any public authority;

All this allows to overcome the marginalization of the society, including migrants, who are “easy prey” for recruiting (due to the isolation from their country, the vacuum of services, etc.). Our organizations (GIIP and Innovation Laboratory, which together implement the project to counteract extremism in the network) are in favor of using the benefits that the Internet gives to the state and citizens, and for a comprehensive approach to countering online Extremism.

Blocking of illegal content is only a small part (and not the most effective) of the whole set of measures designed to oppose extremism on-line. This is essentially the fight against the consequences of the problem, and the clipping of a part of the Internet audience from the wrongful content, and as our experience shows, not only from the wrongful.

Why is extremist information still popular and dangerous? How can criminals easily influence other people?

They are criminals, not as active and clever as they seem. It is rather we, the countries of the region, passive and do not use the whole set of measures, including those I mentioned above. Therefore, there is a feeling about the effectiveness of the influence of extremist content on users.

I would like to underline once again: only complex and multilateralism of the counteraction process in this case will work, the involvement of the whole society – and Law enforcement officers, and religious leaders, and the improvement of the educational system, and the use of the potential of activists in the network-to solve the problem and will give a multipliative effect.

Which countries are the most active in your opinion, developing legislative forms of combating extremist information on the Internet?

I think that Kyrgyzstan’s experience in restricting access to illegal extremist content on the network only on the basis of a judicial act merits study and application in other countries of the region.

Also, please note: Today with the largest Problems confronting violent extremism and terrorism are faced by European countries such as Germany. But it is there-in Europe, the Internet remains free and not prone to blocking. Precisely because the economic effect of the free and accessible internet far exceeds the possible harm from illegal information. For example, Germany is a leader in the development and implementation of the industry in its country 4.0-in the digital economy.

That’s the kind of experience we should use. What international practices to combat extremism on the Internet are now most effective?

Which conform to the principles of necessity and proportionality (proportionality), where measures to restrict access to wrongful content are proportionate and are strictly proportional to the public interest in development and security.

I’ve already said That we rely on the Manila principles of the responsibility of intermediaries, whose signatories are such distinguished international and regional organizations as “Article 19”, ISOC (Netherlands), “Centre for Internet and Society” (India), “Center for Democracy & Technology “(USA), RosKomSvoboda (Russia) and others.

I think that the approach to limiting illegal content on the basis of these universal, recognized by the Internet Community principles, is the most harmonious and proportional.

Is the fight against extremism on the internet a problem of all countries?

Yes, as the internet itself is globalized and cross-border. And the efforts of countries to confrontation online recruiting, internet extremism also need to be united and coordinated on common principles and approaches: the search for a balance between security and development.

Regulation on the issue of combating extremism in the network should be focused on the legal relationships of the parties in the Internet, rather than on technical restrictions on access, which distracts from the causes of the problem, and focuses only on its consequences.

Material is taken from Digital Report