The day of the Communicator 2017: Turn the old pages and see new features 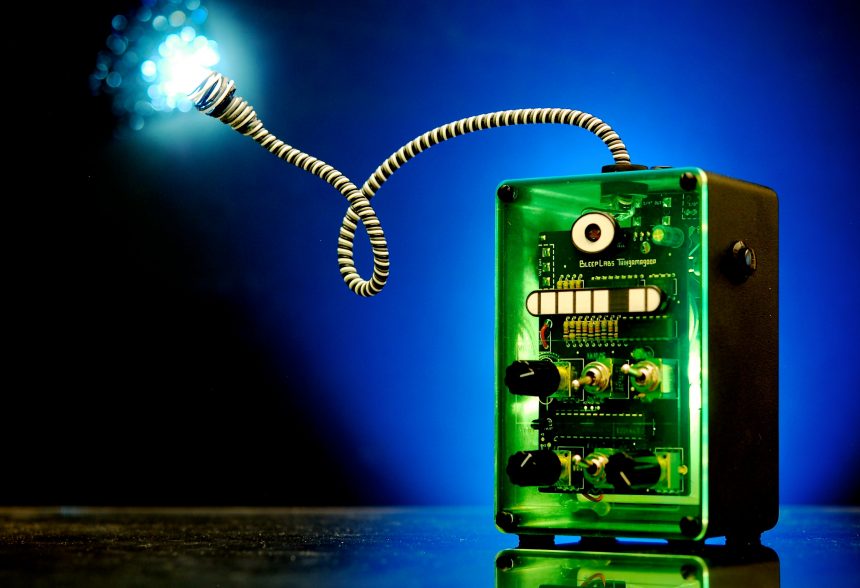 On May 7 in Kyrgyzstan, the Svyazists celebrate a professional holiday. This date is characterized by the successful completion of a large project – a complete transition to digital television broadcasting in the Republic with the disconnection of analog. However, the overall picture of the country in other areas is not particularly impressive. According to the latest rating of information and Communication technologies (ICT) development of the International Telecommunication Union, Kyrgyzstan took 113 position from 175 countries. In anticipation of this holiday, Politmer discussed with experts the prospects of ICT development in general.

On the eve of the professional holiday, the country’s binders are working in the rush mode – the deployment of digital television on the territory of almost the whole republic is expected on May 15. The deputy chairman of the State Committee of Information Technologies and communications of the Kyrgyz Republic Eshmambet Amatov told about the latest preparations for the launch of the “figure” of the editorial office of Politmer.

-Analog broadcasting sensors will be disconnected on the territory of the whole country on May 15! But do not rush to throw away the old televisions. After all, by mid-May, if you have a built-in or external TV tuner, you can receive a digital signal. Currently, the necessary equipment for digital broadcasting is already installed on 95% of the territory of the country. In the meantime, the population is being sensitized on how to set up digital broadcasting. But still there are so-called “Radiotenevye zones”, which includes population of 326 settlements.

-Analogue broadcasting in the specified 326 inhabited localities will be saved after May 15. Analog TV repeaters, which provide television broadcasts in these localities, will be disconnected only after the full commissioning of the digital broadcasting equipment.

-211 Digital Automatic TV repeaters (ATP) will be installed in the specified villages to deliver and supply digital TV signals. At the moment it is installed 9, in the near future installation of another 56 ATP. Residents of the remaining 100 settlements to receive the social package of TV channels in digital format will be able to connect to the satellite EUTELSAT with the help of individual satellite receivers-parabolic antennas.

Director of the Institute of Electronics and Telecommunications, Kyrgyz State Technical University. I. Razzakova Bayysh Nurmatov believes that the launch of digital broadcasting will improve the position in the rating of the International Telecommunication Union. Another breakthrough in ICT will also be the implementation of the Digital CASA project.

-This project is regional and its essence is to unite telecommunication networks of the countries of the region by means of fiber-optic lines of communication and to integrate them into international networks. This will certainly benefit the region and Kyrgyzstan. Our binders want to use this project to bring broadband access to all regions. According to their plans, such access will be brought to all localities where there is a school, an aiyl-okmotu, a medical institution, a post office or a branch of the bank. If these plans are implemented, the country will have a strong impulse for the development of new technologies in all spheres of human activity.

Nurmatov notes with regret that in recent years Kyrgyzstan has been very much behind in the field of ICT development and among the CIS countries is at the bottom of the ratings table. However, in these conditions, Kyrgyzstan may obtain the status of a central Asian Haba, but subject to certain conditions.

“This is stability in the region and Kyrgyzstan; Strengthening of economic attractiveness of the Republic; The transformation of Kyrgyzstan into a transit telecommunications hub of the region; Attraction of large international companies for creation of powerful servers using cloud technologies in Kyrgyzstan “, the director of the Institute underlines.

Tattu Mambetaliyev, director of the Public Fund “civic Initiative Internet Policy” (GIIP), believes that not only the geographical location of Kyrgyzstan is a strong argument for the establishment of the Central Asian hub in Kyrgyzstan.

“All the countries of Central Asia can become members of such a hub, but now the question is: can Kyrgyzstan potentially be such a hub for other countries. Geographically we have such opportunities, but there are limitations in the infrastructure part. That is, the question of building a developed infrastructure with terabytes of capacities is still on the agenda. Given the fact that in Kyrgyzstan, the liberal policy on dissemination and freedom of access to information, of course, we have a much higher potential relative to other countries in the region. But in order to implement this plan, there is a need for a large enough investment in the construction of cross-border and transit connections with high capacity with other countries, to develop their own ICT infrastructure within the country, Also bridging the digital divide between regions, creating the conditions for hosting here powerful servers of the world’s giants IT industry. After all, almost 95% of us are “green” energy, and this is also a big plus, “-said Tattu Mambetaliyev.

The head of the GIIP underlines that the domestic legislation does not yet form favorable conditions for attracting investments.

“Especially the tax legislation for telecom operators now creates serious obstacles that lead to outflow of investments from our country. The tax legislation needs to be reviewed, as the link itself is of a transboundary nature-neither the Internet nor telephone communication will work without connection with foreign partners. This specificity does not take into account our tax legislation, which also hinders the further development of technologies. But in spite of all this, I believe that it is the connectedness that play a very important role in the development of both the economy and society as a whole. It is therefore very important that such a day (day of communication) exists to draw the attention of both the public authorities and the population to the fact that serious reforms are needed. In order to stimulate the development of this sector, without which it is impossible to develop the country in the digital age, communication plays such a significant role in our life today, “the fund’s director said.

Tattu Mambetaliyev notes that in modern conditions a new “communication philosophy” has been formed.

“Now there is a tendency, when incomes from traditional voice traffic fall, all” go “to the Internet – popular messengers, social networks and Internet resources take profit and traditional services from operators of communication. This is a serious challenge for telecom companies, who should now revise their service packages, and bet on internet technology rather than on voice communication (traditional telephony). In this regard, I believe that Kyrgyzstan is seriously lagging behind global trends, as existing telecom companies are still trying to keep all their business on voice traffic, which inhibits development, and creates quite serious risks For the telecom business itself in the global plan, “Mambetaliyev added.

Reference: The implementation of the Digital CASA project will improve local and global data transmission through the deployment of a new ground backbone infrastructure and submarine cables. Its main task will be to improve the capacity of trunk cross-border communication channels, to facilitate the provision of affordable and reliable Internet services to citizens, to provide access to the digital global economy to small and Medium-sized businesses.