«AKIpress»: Expert T.Mambetalieva wondered why the opposition sites is easily blocked, but does not close access to pornography 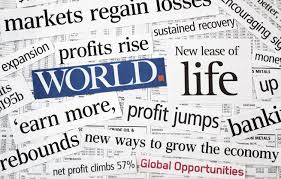 CA-NEWS (KG) – in Central Asia does not currently work effectively to prevent the spread of child pornography, while it is easy close access to opposition Web sites. This was stated Tattu Mambetalieva, Director of NGO “Civil Initiative on Internet Policy”, December 4, at the Bishkek conference on counter-terrorism in cyberspace.

“This tells us that an urgent need to increase the capacity of our law enforcement agencies, not only in the fight against extremism and terrorism, and the spread of child pornography, neo-Nazism, the manufacture of weapons and bombs. The most interesting thing that we have blocked opposition websites, but not pornography, “- she said.

“Criminals are using new media and new technologies. New extremist movements campaigning through social networks and recruit people, and unfortunately, there is no resistance from the police, we do not see. At the moment, our laws do not allow the right to bring a criminal to justice. In 2005, the hacking of from Ukraine, which resulted in two major Kyrgyz ISP remained without the Internet. Damage estimated at about 300 thousand dollars “, – said T.Mambetalieva.