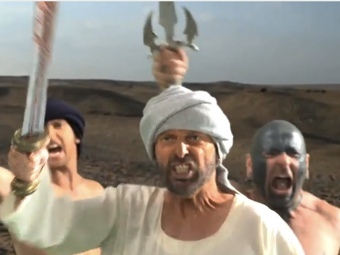 The court’s decision makes potential accomplices to spread almost all participants ICT sphere – Internet service providers, Web-based resources, as well as ordinary users who have access to the Internet.

Public Foundation “Civil Initiative on Internet Policy” letter with an address to Parliament Deputies and the General Prosecutor’s Office, on the decision of the district court to Pervomaisky against the film “innocent Muslims.” In this appeal, we ask state agencies to stop trying to block sites extrajudicial or limit access to information. And the courts in their decisions regarding restrictions on access and dissemination of information on the Internet, to give a clearer definition of what is to spread and to comply with legislation of the Kyrgyz Republic on the locking mechanism.

Public Foundation “Civil Initiative on Internet Policy” expresses its concern at the recent events surrounding the controversial film “innocent Muslims” Attempted and methods to prevent its spread by the Parliament and the General Prosecutor’s Office, as well as the judgment Pervomaisky district court of Bishkek with respect to the film. Penalties and definitions given in this decision did not take into account the specifics of the telecom operators and create a number of legal collisions.

With current technology and communication techniques specific distribution media products on the Internet, it is difficult to determine who is a distributor. Necessary to give a precise definition in the decision and take action against only those who knowingly and deliberately spread, reproduce and promoting this film. Otherwise, given that the Internet is a communication media, potential partners for the dissemination of the players are almost all ICT areas – Internet service providers, Web-based resources, as well as ordinary users who have access to the Internet.

The task of ISPs is only technical access to the Internet, the task of resources – the ability to upload, share and view content. Conditions are created for a variety of fraud provocative materials. Besides wanting to see this film on the Internet can bypass the locks taken by providers using anonymizers and proxy servers that allow access to any resource and content. Quite often lock a particular resource or content causes the opposite effect and interest in its content. And services like ftp access and file sharing was originally intended only for the exchange of media products without analysis, and product descriptions. Also from the Internet community may have questions such as “is there a link to this film attempt to spread”? Thus, we can safely say that this decision is a threat to freedom of speech and access to the Internet.

It should be noted that Kyrgyzstan Freedom House’s latest report on Internet freedom has taken a rather low position in the ranking of countries in relation to the constant attempts by the authorities to block certain resources and control of Internet space.

CIIP PF does not attempt to evaluate the film and its impact. But there are repeated attempts extrajudicial decisions on blocking by government agencies, as well as the Parliament (a temporary ban until the court), contrary to the Constitution of the Kyrgyz Republic.

In this regard, we ask in their decisions regarding restrictions on access and dissemination of information on the Internet, to give a clearer definition of what that is an extension, a clear definition of persons intentionally distributing this film, as well as comply with the legislation of the Kyrgyz Republic on the locking mechanism.